On Tuesday 28th January the choir took part in a mass school choir concert at Resorts World Arena. 35 of our choir joined with over 6,000 other children and sang their hearts out to an arena filled with family and friends. They danced, Mexican waved and sang songs from Disney, Wild West musicals, a Queen medley and even sang a song in Swahili!
On stage were Urban Strides (a young street dance group), Ruti (winner of The Voice 2018), The Shires (Britain’s top selling Country and Western artists) and Tony Hadley (ex- lead singer in the 80’s band Spandau Ballet).
The whole area reverberated with the sound of children’s voices (and ear piercing screams) for almost 2 hours. It was a long and tiring day but everyone had fun. It was great to hear and see that Ms Croft’s hard work with the choir paid off and it was an honour to have been part of the world’s largest school choir series of concerts. 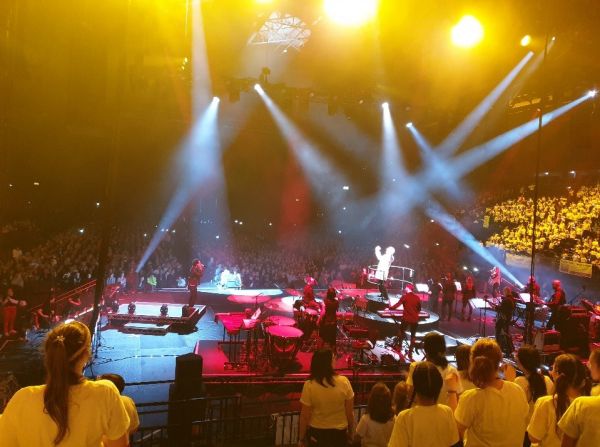